No. SOG/E&SE/1-31/2020: It has been noticed that Principals/ Teachers frequently visit the office of the Secretary E&SE Department during office/ duty hours and exert political pressure through public representatives for their posting/ transfers which is tantamount to misconduct under Rule 34 of Khyber Pakhtunkhwa Government Servants Conduct Rules 1987 which provides that;

The Secondary E&SE Department has therefore taken serious notice of the above and directed that proceedings shall be initiated against those Principals/teaching staff of Elementary & Secondary Education under E&D Rules 2011, who are found in the presences of the E&SE Department, Civil Secretariat during/ office hours without prior permission, or who are bringing in outside influence for posting/ transfer.

Furthermore, all the Principals/ Teachers who intend to visit the office of Secretary E&SE shall produce prior/ written permission of their respective DEOs/ Principals. 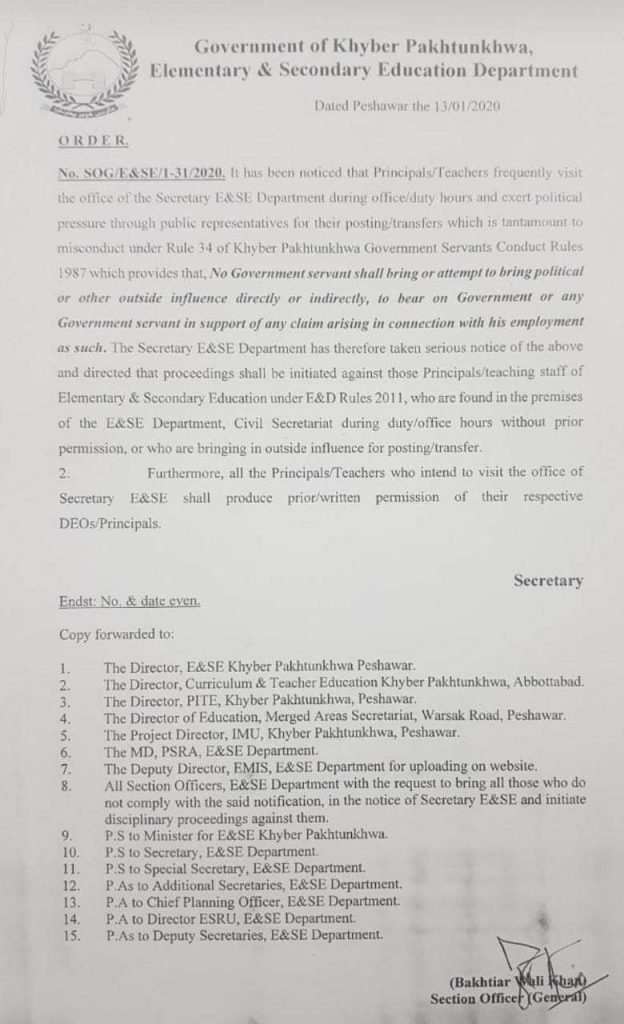