Ministry of Inter Provincial Coordination, Government of Pakistan has issued the circular on 17th August 2021 in connection with Government Dissatisfied with Stenographer’s Performance and taken a decision to conduct a test to ascertain the fitness for future job.

Govt Decide To Conduct Test From Stenographers Due To Unsatisfied Performance

It has been observed by the higher authorities that a number of supporting staff especially Stenotypists and APSs are not well trained in their job. They are found unable to take dictation in shorthand and complete the typing work in a quick and efficient manner.

Recently, it has been observed with grave concern that majority of Stenotypists and APSs have been found unable to prepare and run presentations on computer during official meetings resulting in an embarrassing situation for higher authorities. This situation tantamount to unfitness of such employees for future service.

In this situation, the competent authority has decided to conduct a test of all employees in order to ascertain their fitness for future service. Therefore, all employees are directed in their own interest to refresh and update the skills of their job within 15 days before conducting of test.

Assistant Private Secretaries/Stenotypists who intend to have training in STI, may send their consent to Admn-II Section within a week.

It has further been decided by the competent authority that while processing the cases of honorarium, a special report from Reporting Officers will be sought about the performance of official during the current year.

If any complaint about conduct or performance in respect of any official is received, he will not be considered for grant of honorarium. The same report would also be placed in their personal files and would be given weightage at time of promotion. 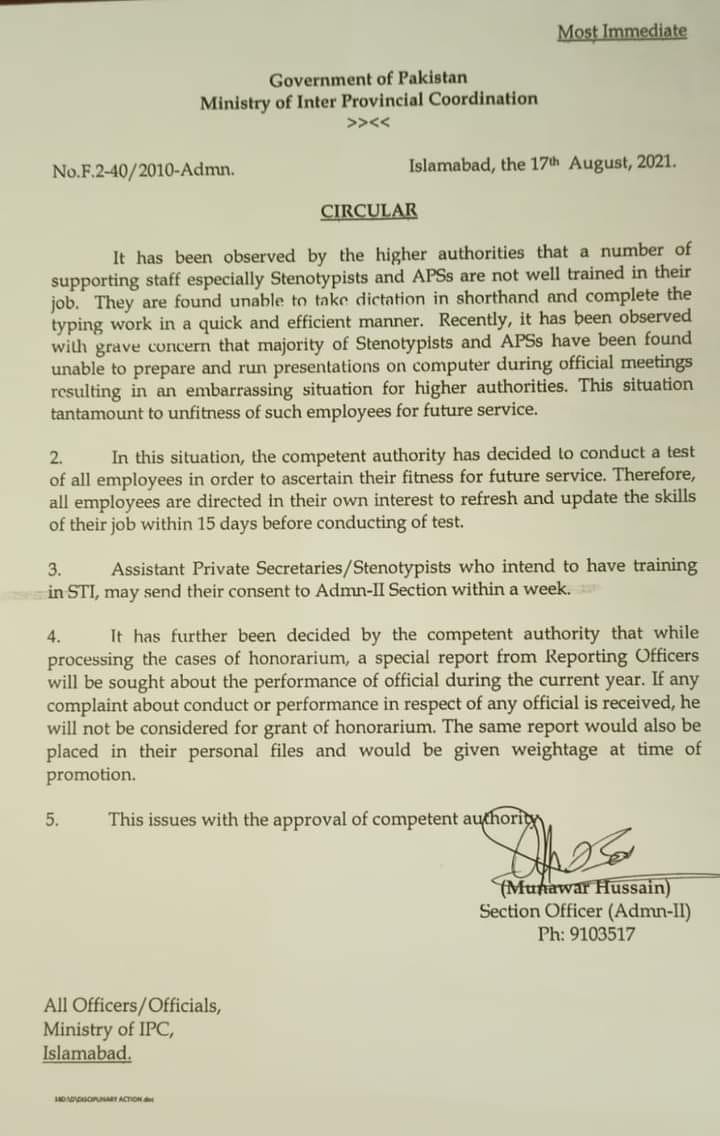