In the aforesaid Rules in Rule 14, the words “Prescribed by the Federal Government from time to time” will be replaced by the words “As prescribed below”

The share of Sindh will be further Sub-allocated in the following ratio:

The copy of above notification regarding Civil Servant Appointment Promotion and Transfer Rules 1973 amendment of the year 2020 is given below for the information of concerned public. 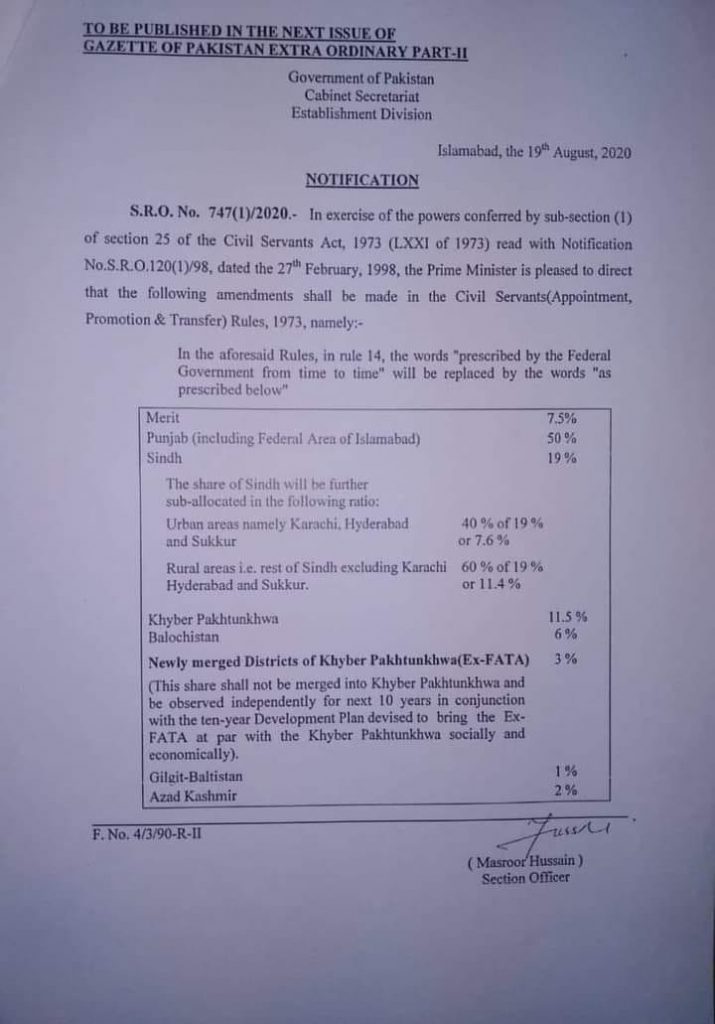